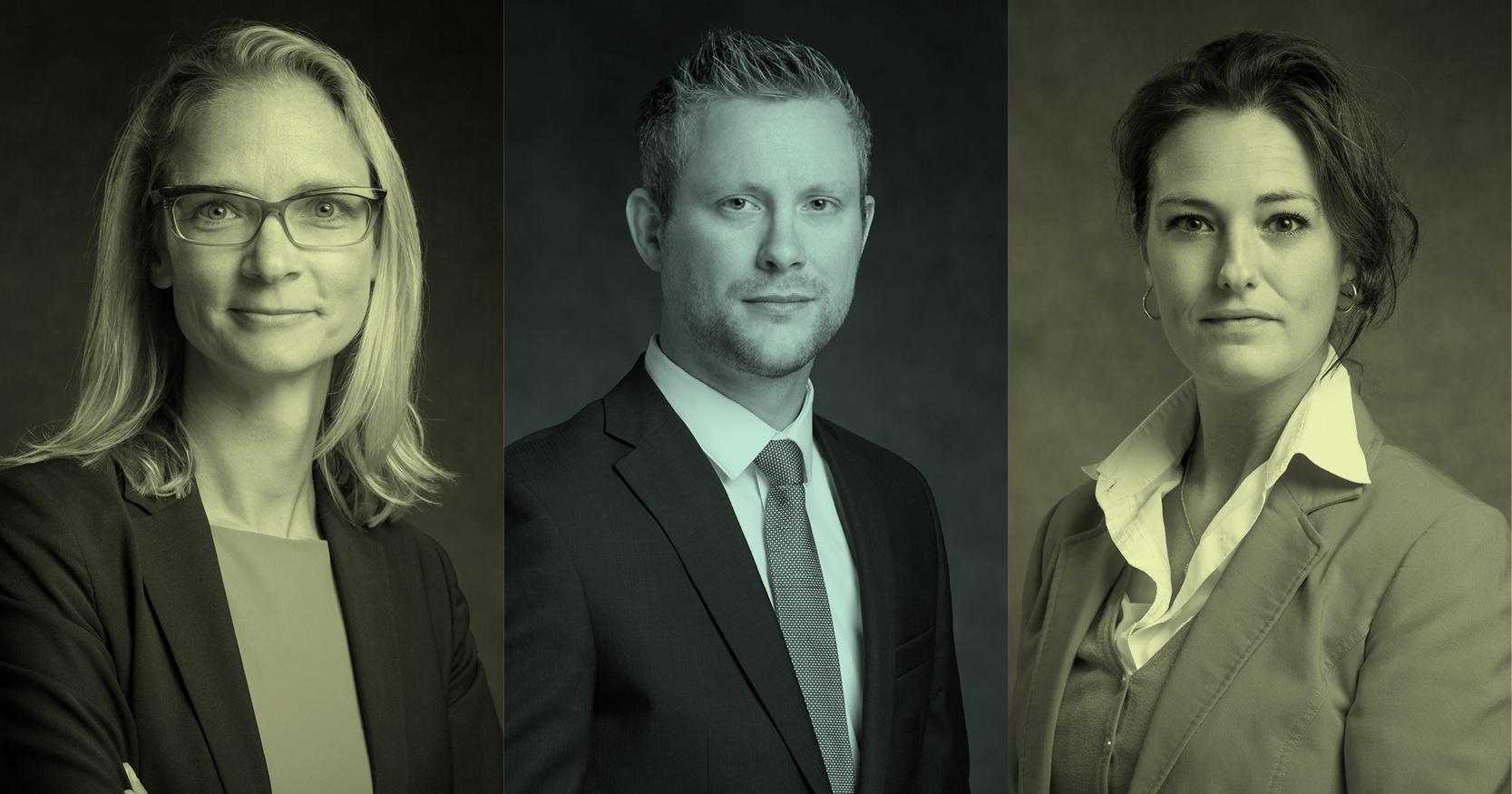 AKD, Interlaw’s representative firm in the Netherlands, has strengthened its international litigation and M&A teams with the promotion of three new partners from within the firms ranks.

Laura de Jong, Erik Koster and Vivian van der Kuil have been promoted to partnership as part of AKD’s Benelux strategy and follows the recent arrival of partner Marjolein Dieperink, who joined the firm’s energy practice last month (May 2018).

“The new partners that we have promoted all have a strong international profile and proven track record. They are an excellent addition to our partnership,” says managing partner Erwin Rademakers.

Ms de Jong advises foreign-based clients in strategic acquisitions in the Netherlands. Her expertise also covers other areas of law and regulatory matters within the context of corporate law, as well as matters related to the M&A practice in general. She focuses in particular on the hospitality, leisure and entertainment industries, and also concentrates on French and Spanish-speaking region.

Meanwhile Mr Koster litigates cases before Dutch courts and has considerable experience with complex international arbitral proceedings before various institutes (including the ICC, SCC and NAI). He advises in matters relating to corporate law and general contract law, mostly commercial and shareholder disputes.

Ms van der Kuil, a former judge and public prosecutor has extensive experience in dealing with complex proceedings before the Dutch civil and criminal courts. She also specialises in emergency response in the shipping and energy sectors, including collisions, salvage and wreck removal, with a special focus on limitation of liability.

With a team of over 220 lawyers, AKD is one of the largest firms in the Netherlands. The firm won the highly sought after and prestigious European Law Firm of The Year: Benelux 2018 Award from leading legal title The Lawyer.