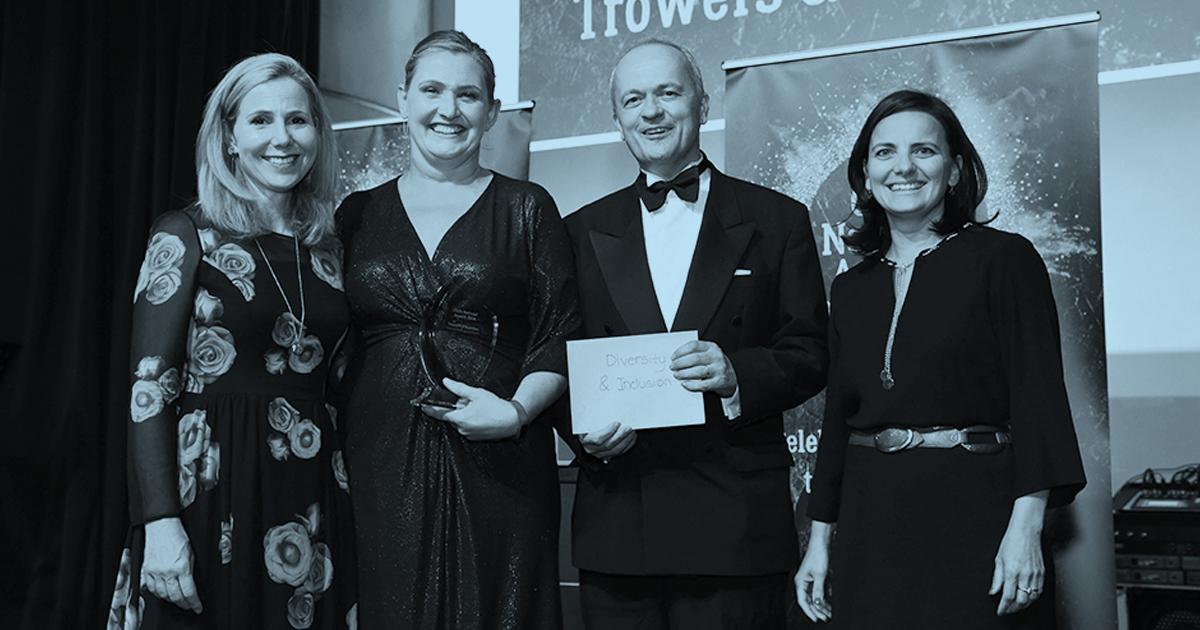 At the event,hosted at Shakespeare’s Globe Theatre in London by leading British actress and comedian Sally Phillips, Trowers & Hamlins was commended for its commitment to “embracing the benefit of recruiting, retaining and supporting the development of a diverse workforce”.

The firm was also recognised for “having a workforce that understands the needs of its client base and is best placed to reassure and encourage clients to seek access to justice”.

Helen Randall, Chair of Trowers & Hamlins Equality and Diversity Committee said: "This is a fantastic achievement for our firm. Our culture is about diversity and inclusion and receiving this award demonstrates the impact of our programme “TrowersIncludes”, the spirit of our firm and how we work together. Congratulations to everybody at Trowers & Hamlins for working to ensure that our ethos is cherished and celebrated."

CILEx (The Chartered Institute of Legal Executives) is a UK-based professional body for legal practitioners, paralegals and apprenticeships, offering a unique route to a legal career and qualifying as a lawyer.

Pictured above from left to right: Actress Sally Phillips, Jenny Harper and John Worrall from Trowers & Hamlins and Dana Denis-Smith, founder of the First 100 Years project and the CEO of Obelisk Support.