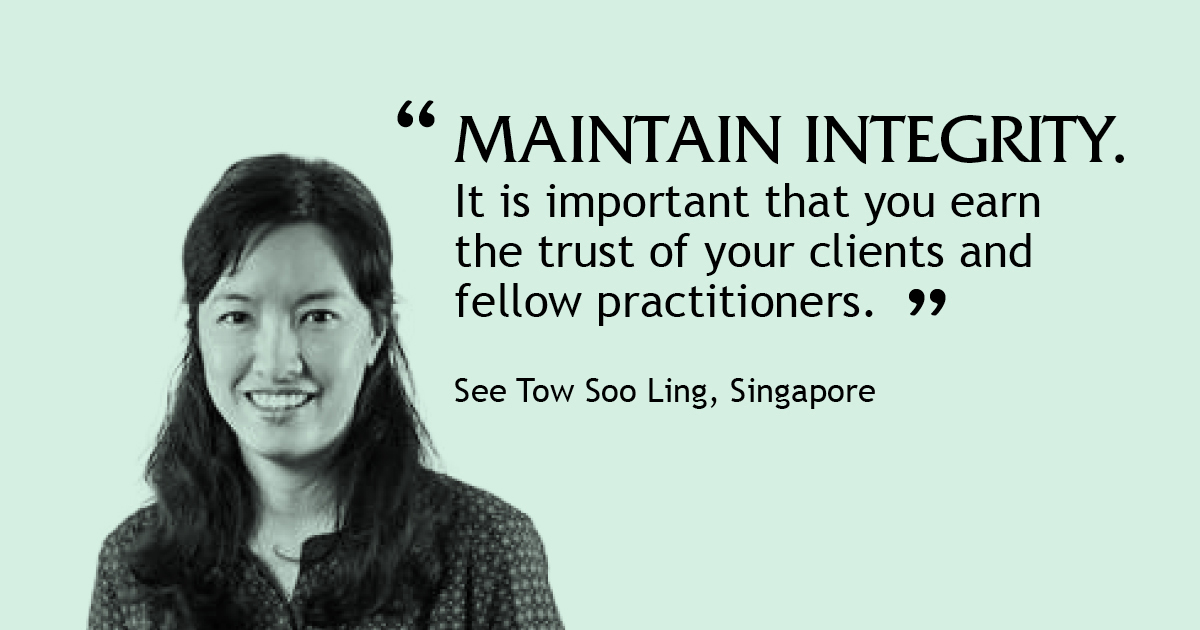 Why did you want to be a lawyer?

I chose law while at University – it was something I believed I could make a successful career in.

What was the best piece of advice given to you during your career?

While I do not recall a specific piece of advice which has influenced my career, as a litigation lawyer, I recognised that, while there are two versions to a dispute - and maybe sometimes a third possibility - there is only one outcome. It is important to do our utmost to uncover the evidence, present it to the Court or tribunal with a view to assisting the Court or tribunal to arrive at a just result.

What’s your best piece of advice to other women wanting a legal career?

Maintain integrity. It is important that you earn the trust of your clients and fellow practitioners.

What has been your career highlight?

Helping an elderly lady to obtain a declaration that she was the lawful wife of her deceased husband. In Singapore, prior to 1961, polygamy was not frowned upon and customary marriages were recognised in order to give legal status to wives.

Our client was the third wife who survived the husband. Unfortunately, the children of the husband’s first two wives, did not recognise our client as a lawful wife because such a status has legal consequences as to intestate inheritance.  We were successful in proving she was the lawful wife – a real career highlight for me.

What are your future goals?

I have been with the firm for a long time, and have been involved in training junior lawyers.  As such, I would like to spend more time mentoring and developing the next generation of lawyers.